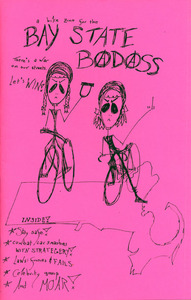 "I'm Adrienne, and I think we need moar bike ladies, goddamnit." Created by Team Smash Em Up, out of Cambridge, Mass., this zine discusses bike laws and safety, the politics of being a female cyclist, and bike culture. 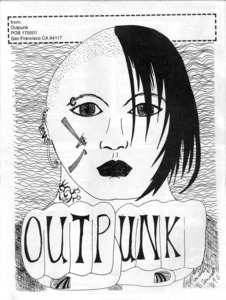 This issue of "Outpunk" features reprints from queer zines of the 1980's and 90's that personally affected editor Matt Wobensmith, yet had since fallen into obscurity. Articles range from a personal essay on "Untamed Youth" to "Velma and Peppermint Patty: The Lesbian Love of Television's Most Animated Women." "Outpunk" was printed in San Francisco; regular issues covered queer punk culture, interviews, reviews, and opinions.

(Copyright Matt Wobensmith, and others). 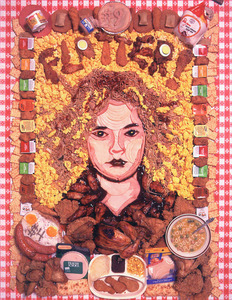 From San Francisco, "Flatter!" compiled humorous essays, cartoons, and letters around a central theme. Issue #9's theme was "Chickens and Barrymores," a contrast between the timid and the bold. Pieces included a collection of "Fowl Haiku" and "Permanent Vacation Book Reports."

(Copyright Jaina A. Davis, and others). 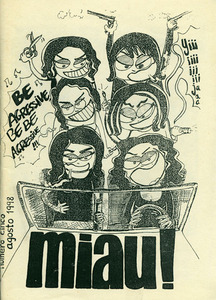 From Murcia, in south-eastern Spain, "Miau!" features cartoons and short essays by a group of six young women. 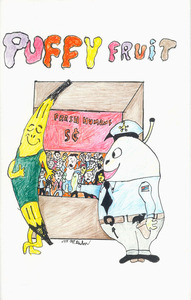 "Puffy Fruit" is a compilation of reprinted advertisements, manuals, e-mails, and other ephemera, most relating in some way to consumerist culture. "Puffy Fruit" was printed in Providence, Rhode Island by an anonymous "consortium of cigarette-machine and strip-poker-video-game vendors."

(Copyright Wes Wallace and Richard Swartz, and others). 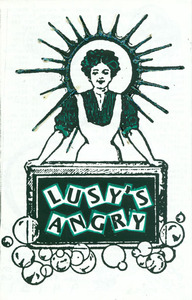 "Lusy's Angry," printed in San Francisco, features advice and opinions from "Rebecca" on such subjects as privilege, feminism, and empowerment; it focuses on young women. 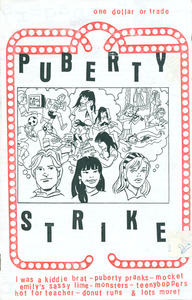 Created by Seth Bogard, age 16, for "teenagers who wish to go on strike" against puberty.   Topics include being "Hot for Teacher," an interview with Emily of the band Sassycrime Club, personal essays on puberty, and advice for going on strike. Printed in Tucson, Arizona.

(Copyright Seth Bogard, and others).