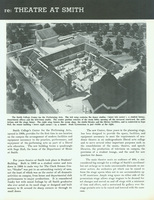 Planning for the new state-of-the-art Center began in 1962.  The idea of including a combined music and theater library in the building surfaced in 1964, necessitating a re-working of the original plans.

Due to two tragic accidental deaths at the newly-constructed building in the spring of 1968, plans for a formal dedication of the Mendenhall Center for the Performing Arts were abandoned. However, festivites were held for the opening of the Werner Josten Library later that year. Josten's widow, Margaret, and his son, Peter, attended. 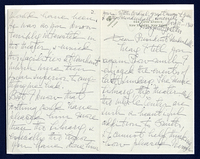 At the dedication, Margaret Josten represented her late husband who died five years before:

"...The music library, the theater, and the whole Center are such a beautiful addition to Smith, and I cannot help thinking how pleased Werner would have been...I know that nothing could have pleased him more than the library, and especially the honor you have done him in naming it for him."

Letter of thanks from Peter Josten, Werner Josten's son, November 8, 1968:

"My father would have delighted in it had it been available in his time." 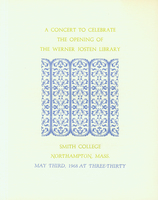