The Hampshire Bookshop often marked its own anniversary years and other notable events. 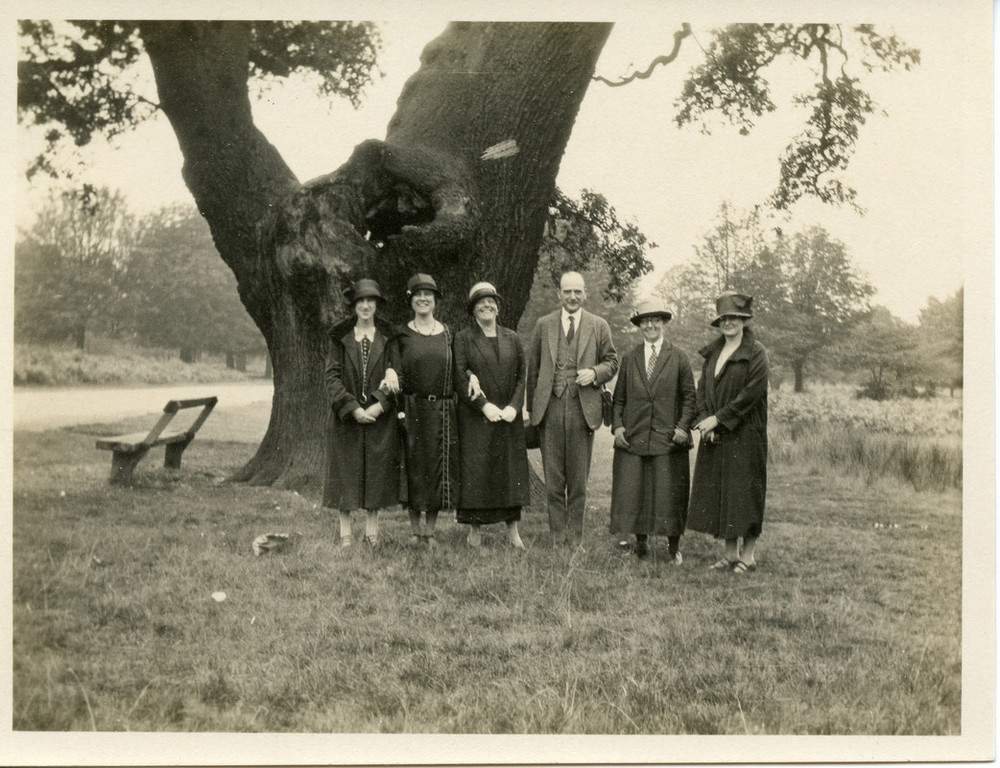 Photograph of The Hampshire Bookshop staff in Cambridge, England, summer 1925 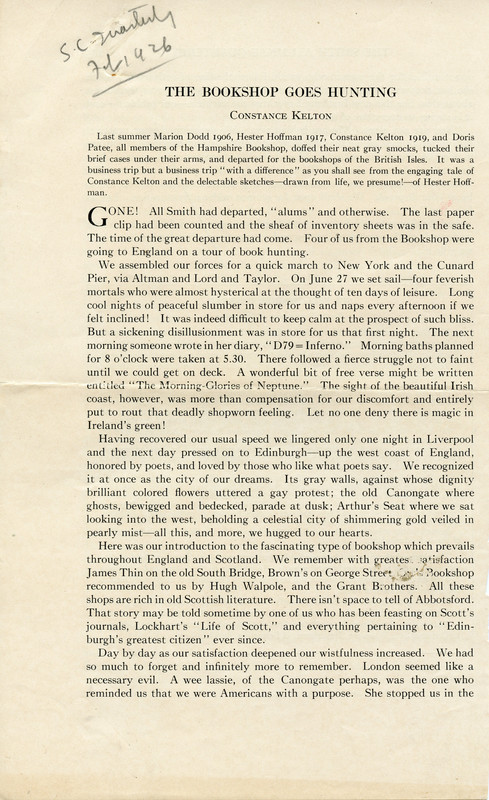 Article about trip to the British Isles by The Hampshire Bookshop staff in Smith Alumnae Quarterly, February 1926 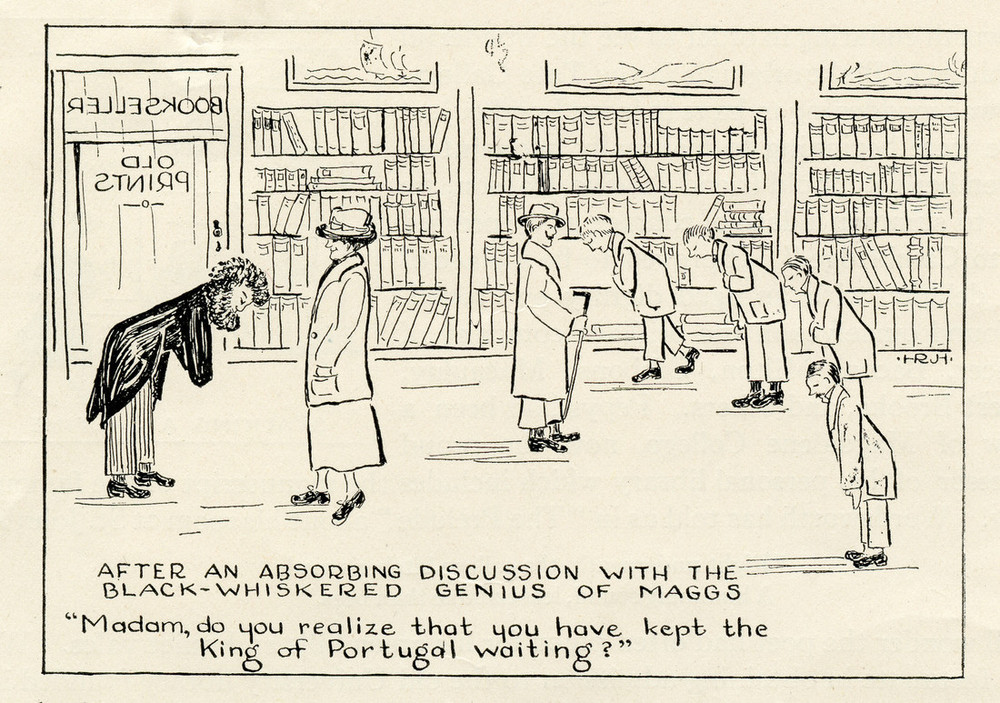 Illustration by Hester Hoffman for article about trip to the British Isles by The Hampshire Bookshop staff in Smith Alumnae Quarterly, February 1926

Summer 1925: Marion Dodd, Hester Hoffman, Constance Kelton, and Doris Patee, all members of the Hampshire Bookshop, visited the bookshops of the British Isles. Kelton, Smith College class of 1919, wrote about their adventures in an article which appeared in the February 1926 Smith Alumnae Quarterly, with “delectable sketches” by Hoffman, class of 1917. This photograph shows the Bookshop crew with Mr. & Mrs. Heffers of Heffers Book Store in Cambridge, England. Heffers still exists in Cambridge, although it is now owned by Blackwell's, which is based in Oxford. 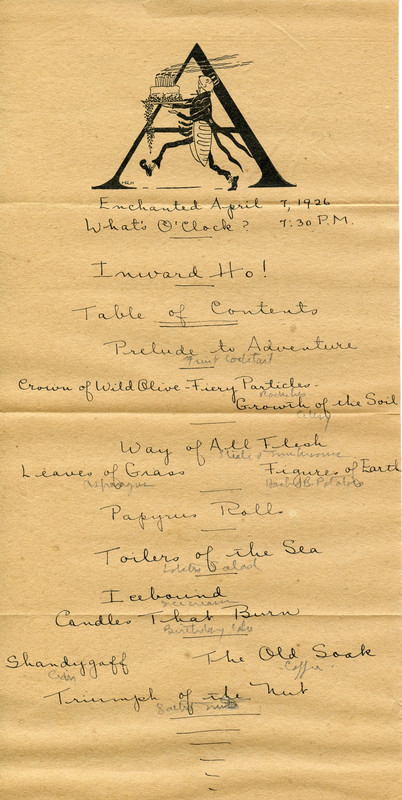 April 7, 1926: This handwritten menu for a tenth-anniversary dinner is headed by a delightful Hester Hoffman drawing of the Book Scorpion (an HB mascot) carrying a cake. Each item on the menu is an actual book title, annotated in pencil with the food it represents. For example: Leaves of Grass = Asparagus; Toilers of the Sea = Lobster Salad; Candles That Burn = Birthday Cake; and The Old Soak = Coffee. 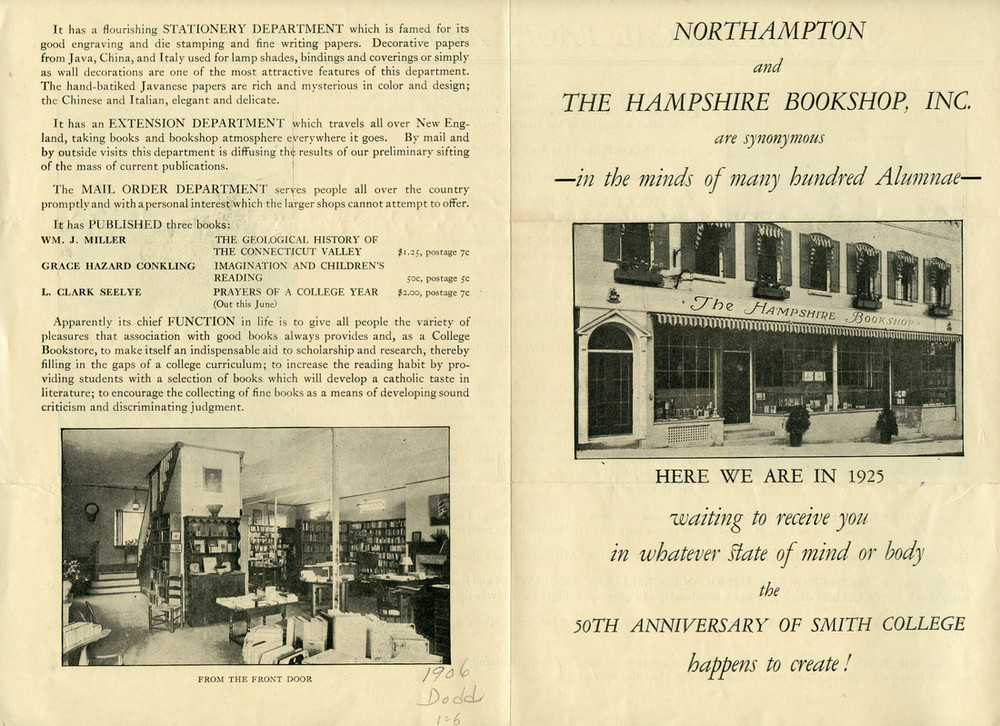 Hampshire Bookshop brochure on the 50th anniversary of Smith College, 1925 (front & back) 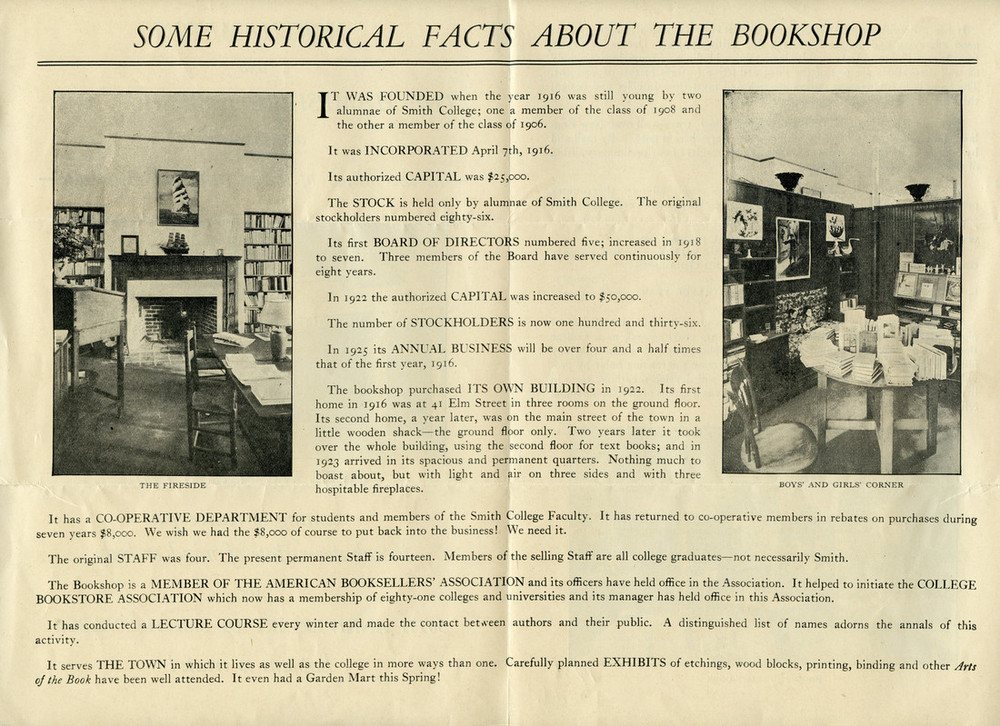 1925: The Bookshop printed a brochure aimed especially at Smith College alumnae in Northampton for reunion, on the occasion of the 50th anniversary of the College.

“Twenty Years A-Growing 1916 to 1936”: This broadside (reproduced here smaller than the original) celebrated the 20th anniversary of the Bookshop, listing special sales and exhibitions. Connections to Smith College are listed at the bottom, as is a note about the distinction between the main store downtown and the campus branch on Green Street.

← Advertising Their Wares
End of an Era →
Bookshop Anniversaries