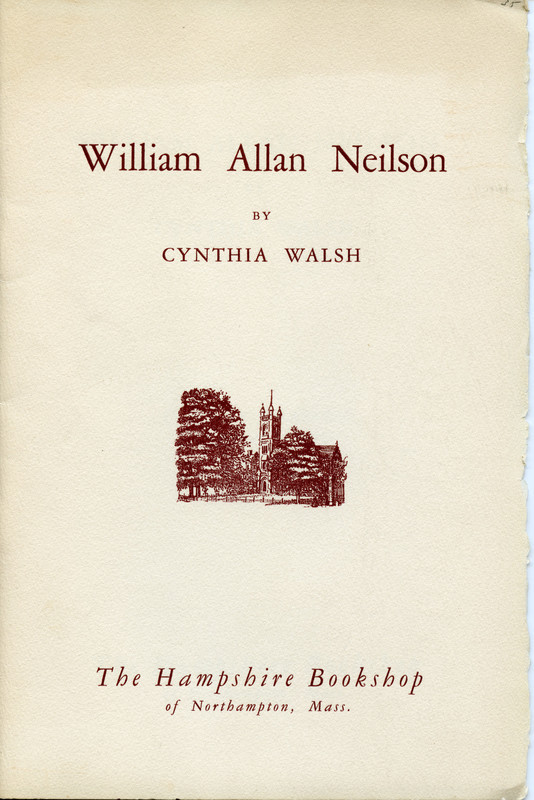 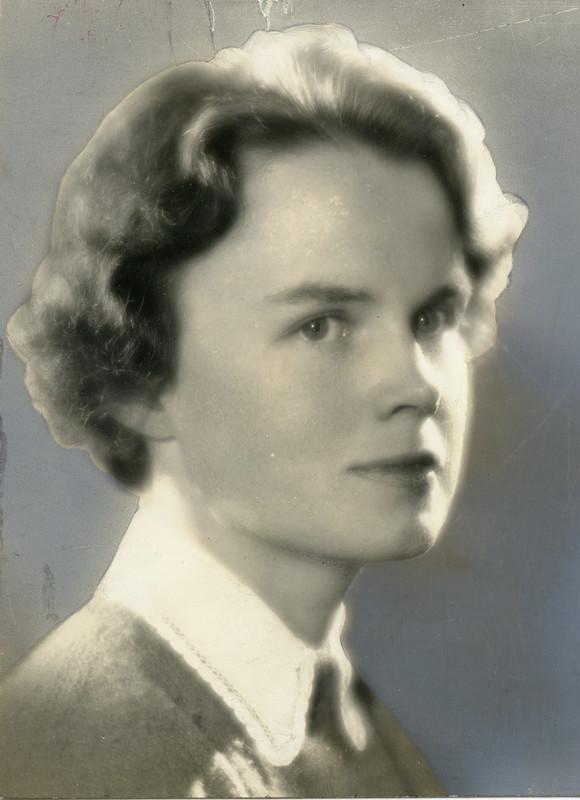 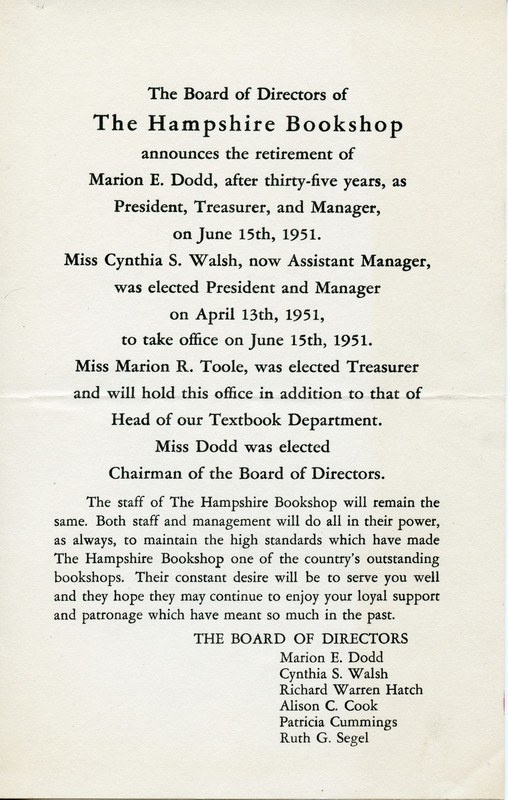 Announcement of Marion E. Dodd's retirement from The Hampshire Bookshop

Walsh was groomed to be Marion Dodd’s successor as manager. This transition was made official with a printed announcement in June 1951: Walsh became president and manager, and Dodd assumed the role of chairman of the Board of Directors. Aside from her duties at the bookstore, Walsh was active in the American Booksellers Association through the 1950s, and she chaired the Northampton Book Committee for the city’s tercentennial celebration in 1954. From 1966 until her death in 1967 she was a freelance editor at W.W. Norton Company in New York. 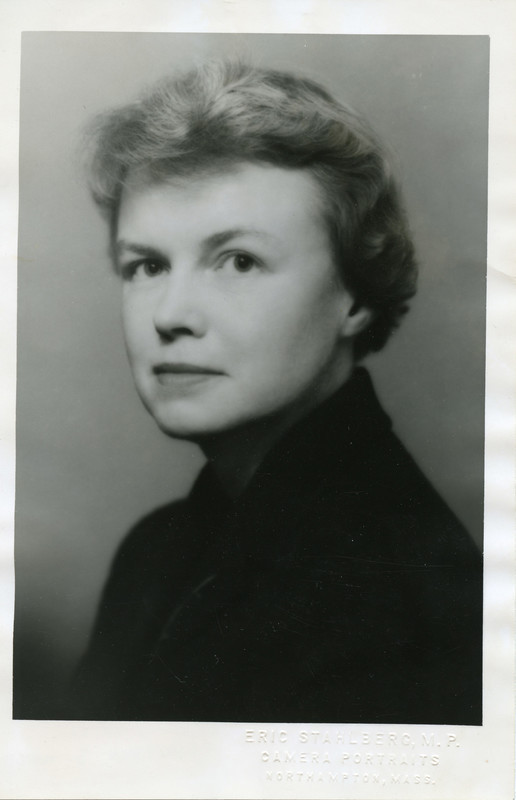 Cynthia Walsh, 1955, when she was elected an officer in the Smith College Alumnae Assocation. Photograph by Eric Stahlberg. 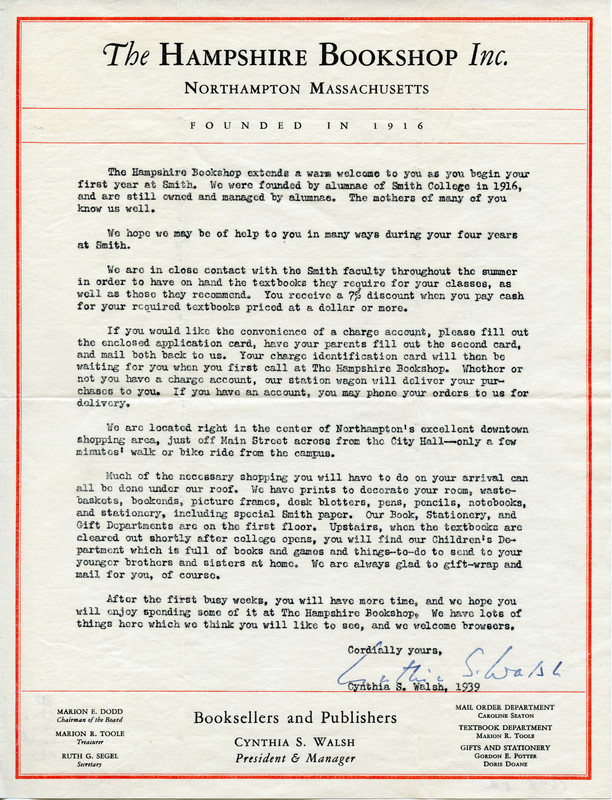 Walsh was among nearly two dozen Smith alumnae who were involved with the Hampshire Bookshop (as employees or on the Board of Directors), which resulted in a very close relationship with the College’s presidents, faculty, and students.

The promotional letter shown here was written in the early 1950s. It is addressed to new students at Smith, promoting the Bookshop, “founded by alumnae in 1916, and … still owned and managed by alumnae.”