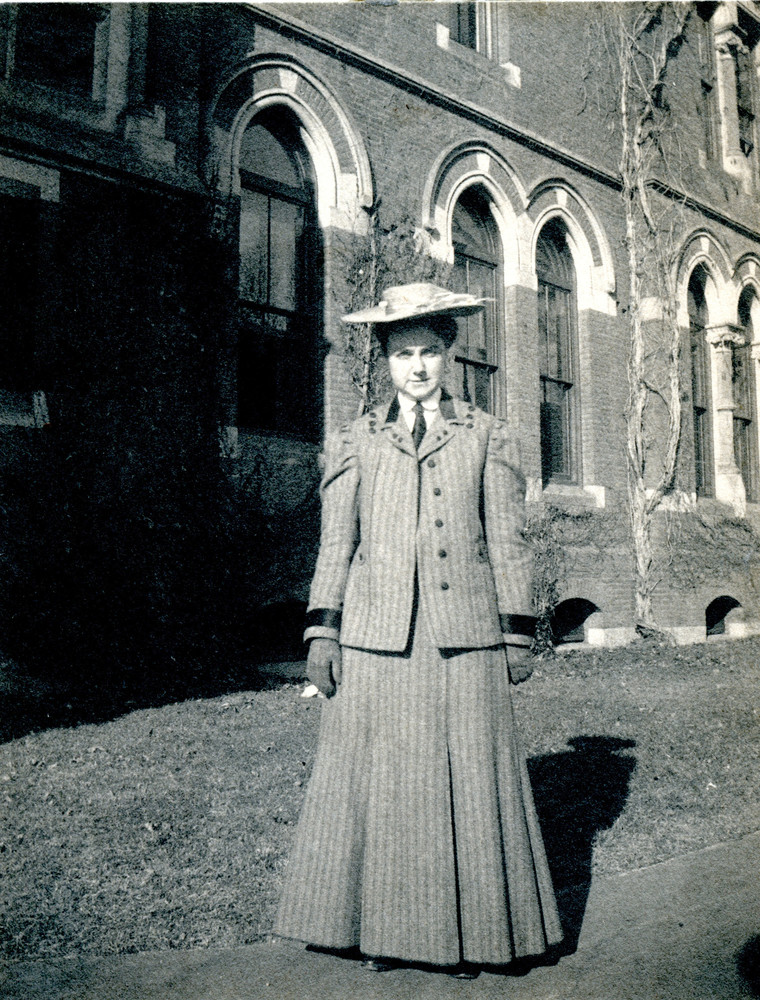 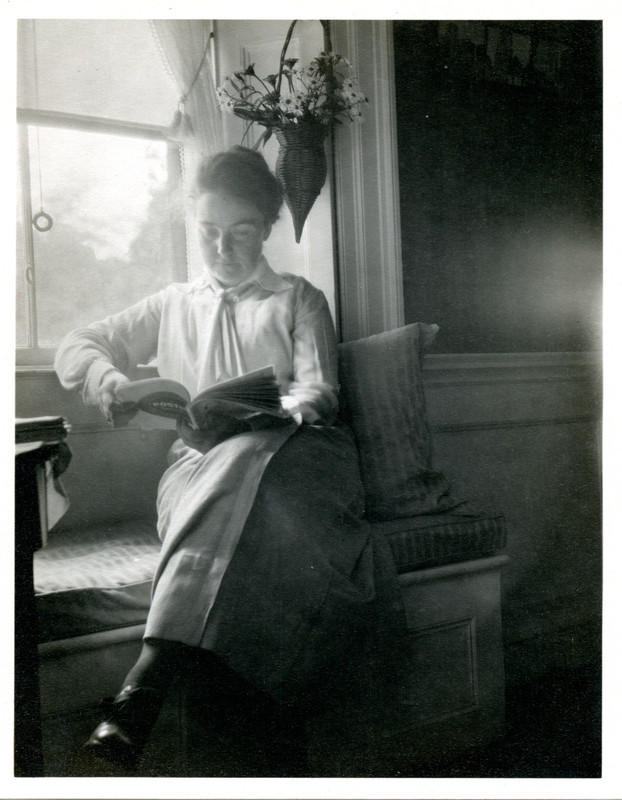 Marion Dodd reading a book, circa 1908

Marion Elza Dodd (1882-1961) evidently came upon her passion for books through her birthright. Her grandfather Moses Dodd founded the publishing company Dodd, Mead, and many of her uncles and cousins were book collectors, editors, and publishers. After she graduated from Smith College in 1906, Marion Dodd attended the Columbia School of Library Service and was employed doing library and research work. When she was thirty-four, Dodd embarked on what was to become her life’s work and passion: The Hampshire Bookshop.

From the earliest days of the Bookshop Dodd was a successful woman in what was primarily a man’s world. Dodd was deliberately a professional bookseller: she dressed in tailored suits with a man’s tie, and she smoked cigarettes. Starting in 1921, she was on the executive board of the American Booksellers Association for twenty-five years, and she was the first woman to serve as an officer. She co-founded the National Association of College Bookstores in 1923. Her drive and vision made The Hampshire Bookshop well-known nationally, and she wrote about the book trade for professional journals such as Publishers’ Weekly.

In 1931, her twenty-fifth reunion class issued a profile of Dodd in its reunion booklet; Smith College awarded her an honorary degree in 1936. When Dodd retired from the Bookshop in 1951, nearly one hundred publishers and booksellers from New York City and New England joined the Bookshop staff to honor her at a surprise dinner party at the Hotel Northampton on April 14, “a testimonial to her thirty-five years of distinguished service in the world of books.”