Legacy of The Hampshire Bookshop

Independent bookstores and readings and book-signings by authors still exist, especially in the academic bubble of the Pioneer Valley. The Hampshire Bookshop is still fondly remembered as an ideal, and there are archival collections of Bookshop materials at Smith College and at Historic Northampton Museum & Education Center. 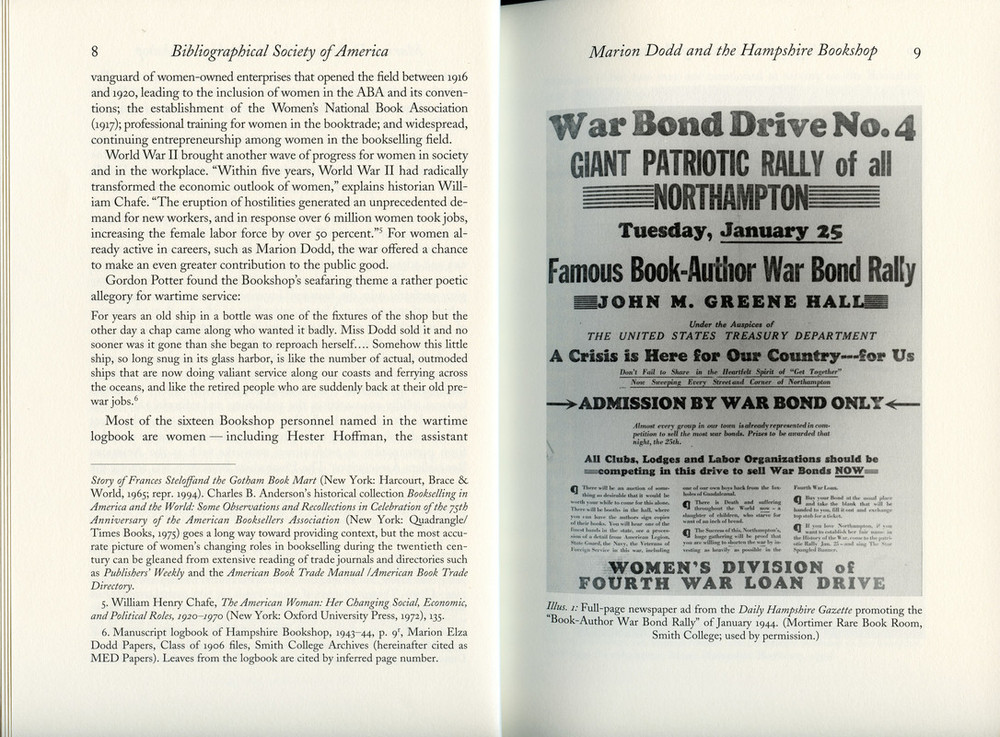 Article on The Hampshire Bookshop in World War II by Barbara Brannon in Papers of the Bibliographical Society of America, March 1998

Barbara Brannon, a publishing historian, composed an article on Marion Dodd and the Bookshop during World War II (in Papers of the Bibliographical Society of America, March 1998). She also wrote her 1998 doctoral thesis on the Bookshop and contributed an article on the first ten years of the bookstore (in Paradise Printed & Bound, 2004). Brannon's "   " in The Rise of the Modernist Bookshop was published by Ashgate in summer 2015. Her popular history of the Bookshop should be in print in 2016. 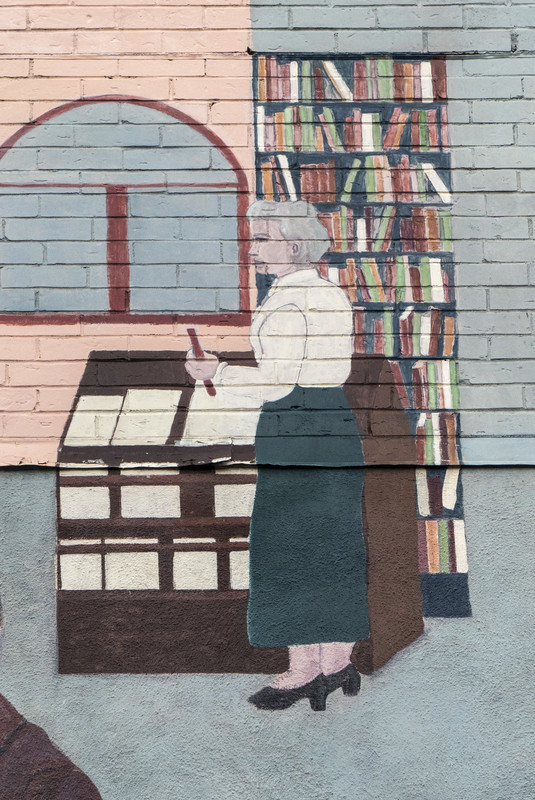 Marion Dodd, with a backdrop of books on shelves, is one of about forty women depicted in the Hestia Art Collective mural—The History of Women in Northampton from 1600 to 1980—painted in 1980 in downtown Northampton. The Hestia mural’s 35th anniversary in 2015 inspired a series of lectures in fall 2015 and spring 2016 at Historic Northampton. One of the talks was "Marion Dodd and the Hampshire Bookshop," presented by Barbara Blumenthal, the curator of this exhibition at Smith College. 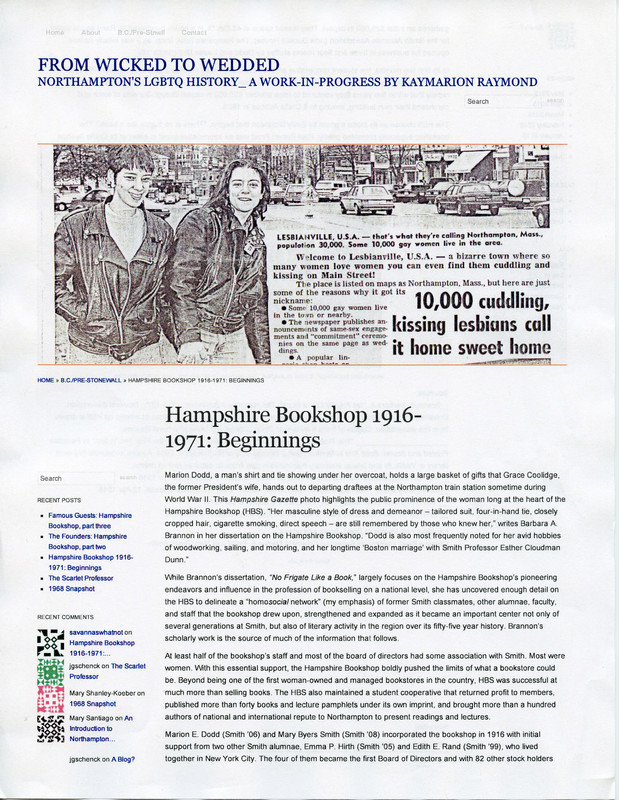 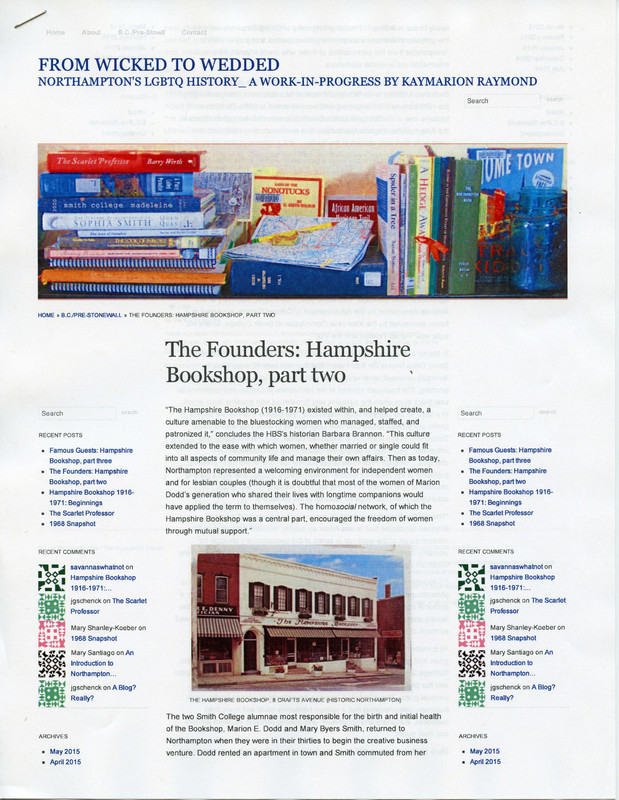 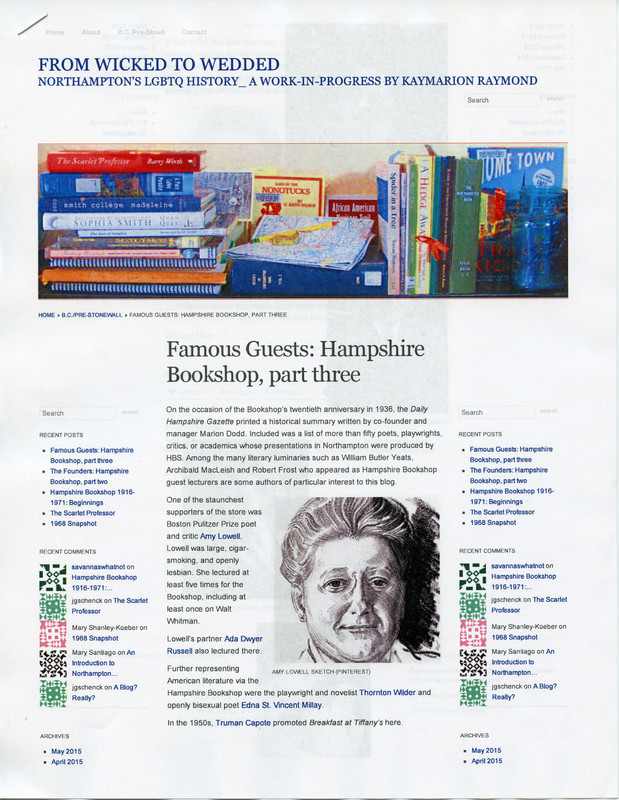 The story of the Bookshop and of its founder still resonates with generations of Northampton residents and Smith College students. Recently, no doubt due to the enduring relationship between Marion Dodd and Smith College English professor Esther Dunn, a three-part history of the Bookshop is online in Kaymarion Raymond’s blog, “From Wicked to Wedded, Northampton’s LGBTQ History.”

After this exhibition was mounted at Smith College, a fourth installment of this Bookshop history appeared online. The entire series is available here: https://fromwickedtowedded.wordpress.com/?s=hampshire+bookshop&submit=

Reproduced here with the permission of Kaymarion Raymond. 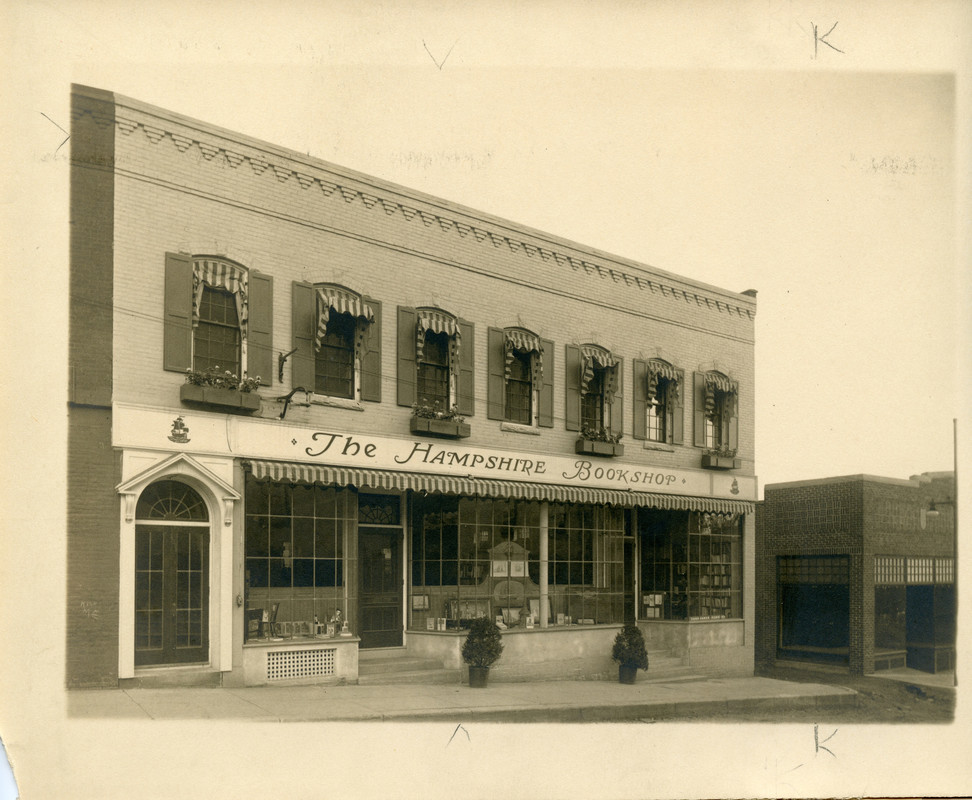 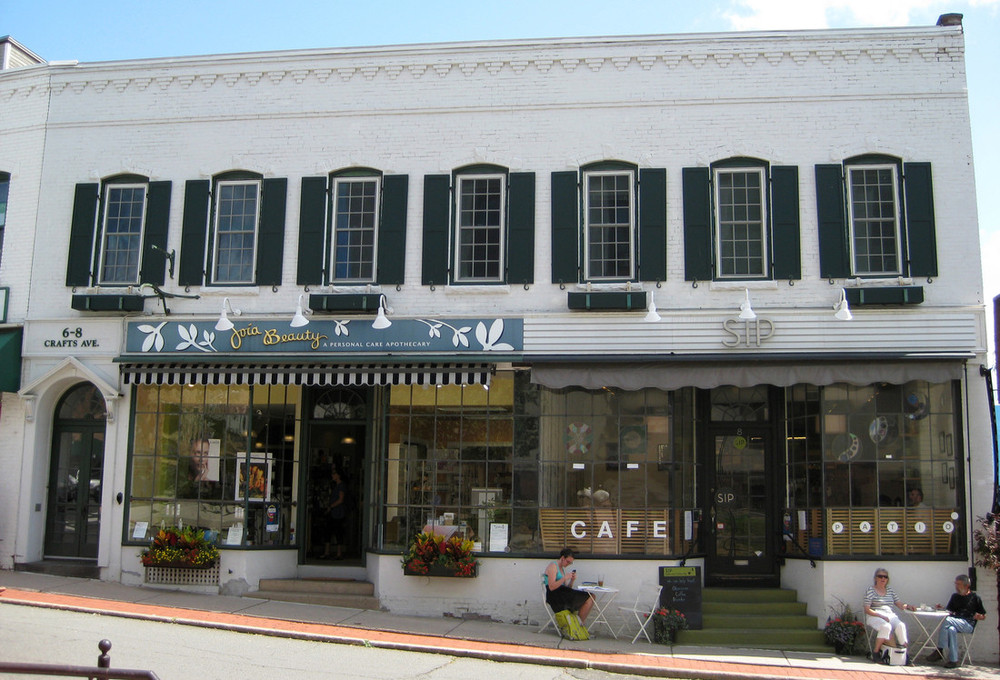 Another remarkable thing about The Hampshire Bookshop is the survival of its storefront at 8 Crafts Avenue, essentially unchanged from the 1930s to the present day. The arrangement of the windows, the steps, the doorframes, are unchanged, even as downtown Northampton has undergone many changes since the Bookshop was in operation. One can almost see the geraniums in the second-floor window boxes.

The curator of this exhibition, Barbara B. Blumenthal (Smith College class of 1975 and rare book specialist in the Mortimer Rare Book Room) is deeply indebted to publishing historian Barbara A. Brannon, for her mutual love of The Hampshire Bookshop. Brannon’s research has provided great assistance and inspiration in the preparation of this exhibition. Items in the exhibition are from the Hampshire Bookshop Collection, Mortimer Rare Book Room, the Marion E. Dodd Papers, Smith College Archives, and from the curator's personal collection.

← End of an Era
Legacy of The Hampshire Bookshop