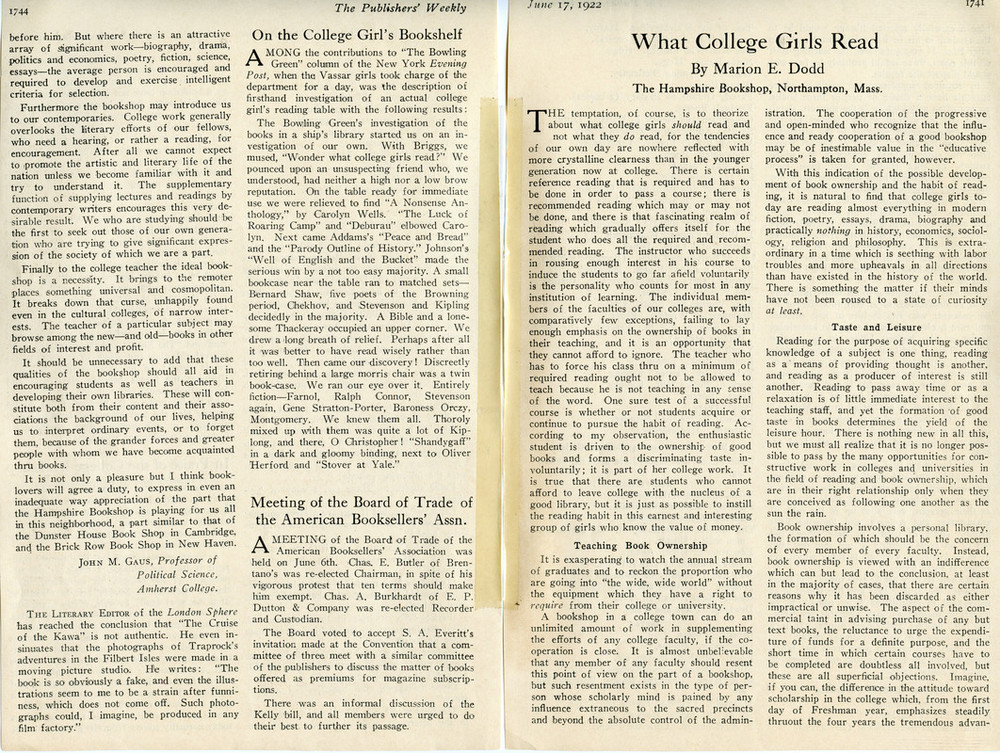 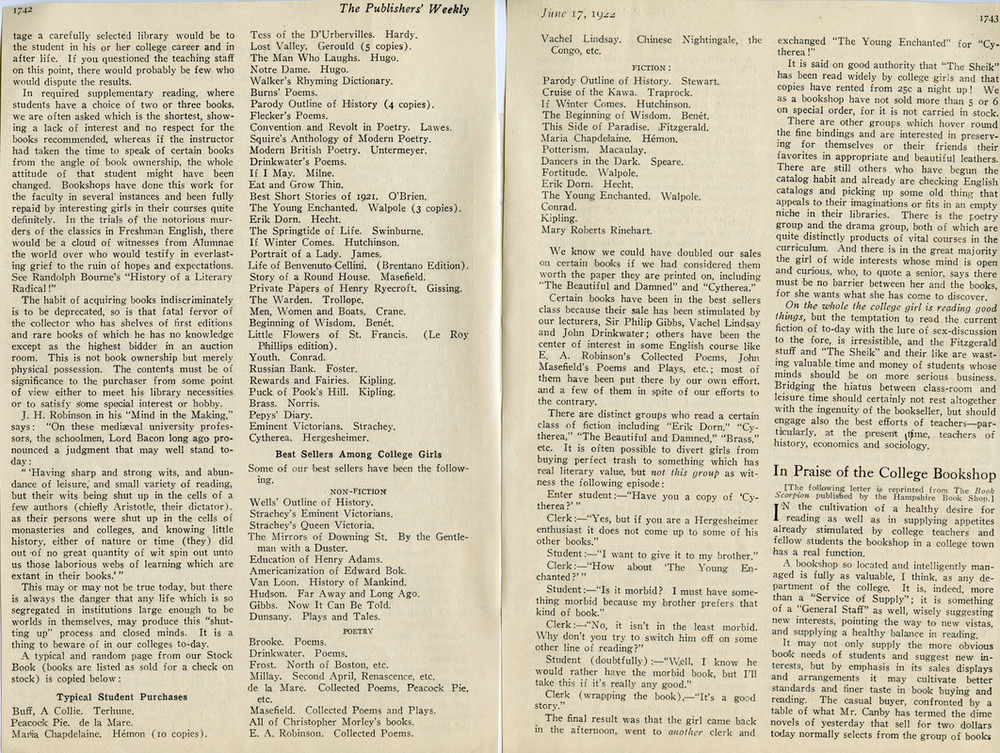 "What College Girls Read," article by Marion E. Dodd in Publishers' Weekly, 1922 (back)

As part of her professional activities, Marion Dodd documented writers, readers, and the book trade. These are three of many articles by or about her in the trade journal Publishers’ Weekly.

“What College Girls Read” (1922) describes how a “bookshop in a college town” can encourage book ownership and develop wide-ranging reading habits among college students. 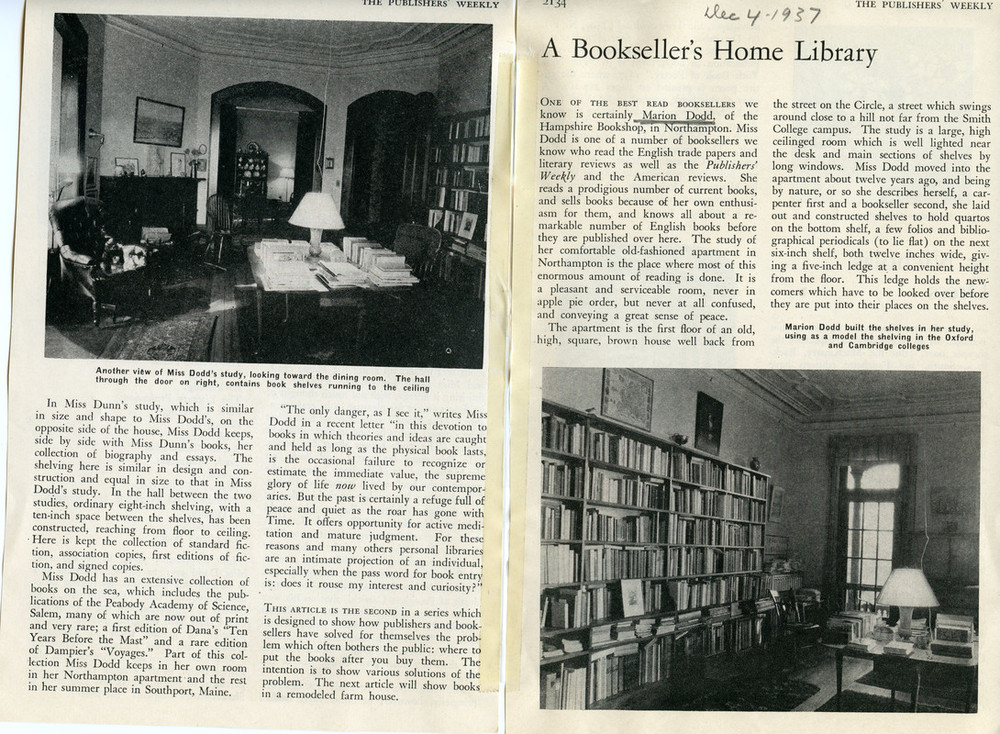 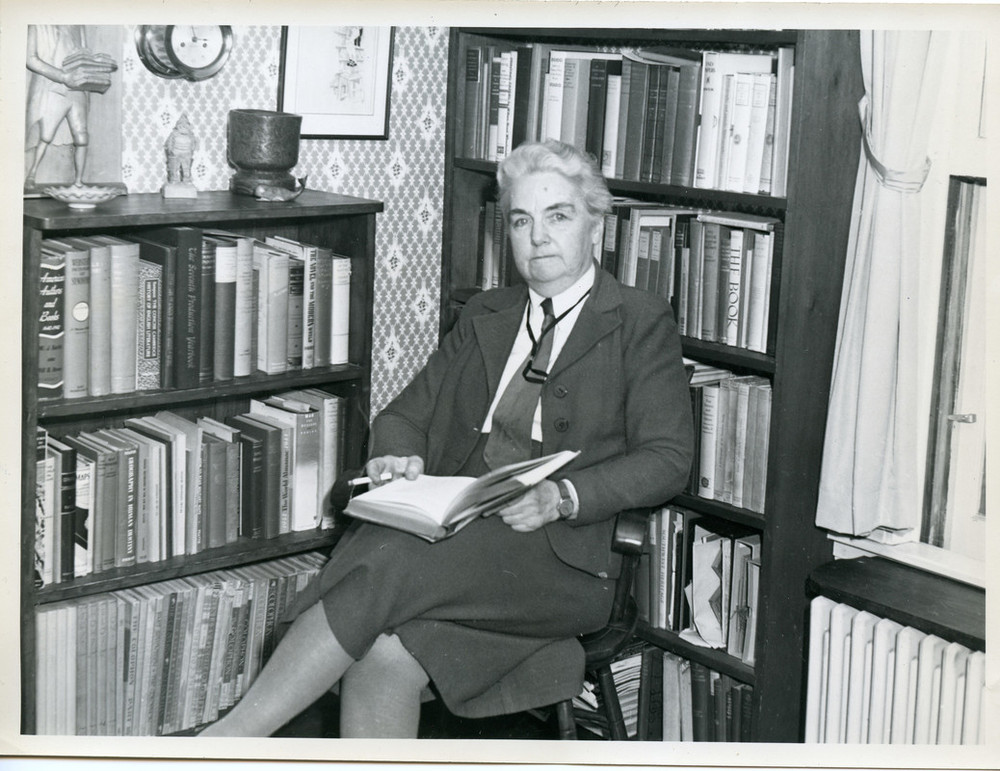 Marion E. Dodd at home, sitting in front of bookshelves that she built herself 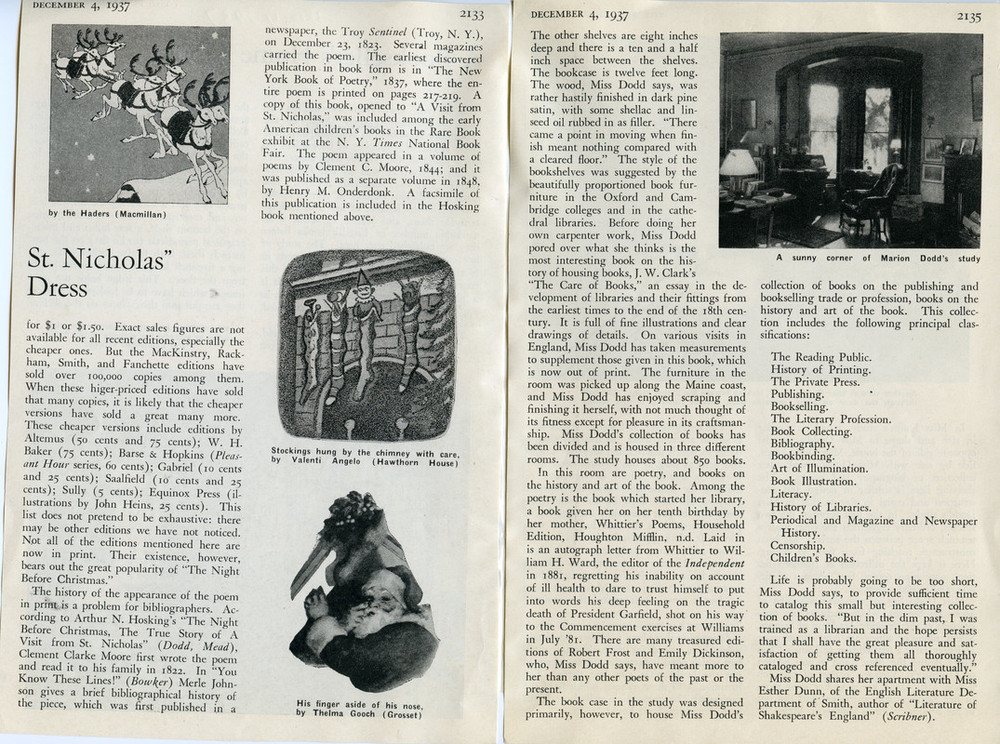 “A Bookseller’s Home Library” (1937) features Dodd’s personal library, who “reads a prodigious number of current books, and sells books because of her own enthusiasm for them.” Her book collection was housed in three rooms of the house she shared with Smith College English professor Esther Cloudman Dunn. Eight hundred fifty of those volumes were shelved in Dodd’s study, on bookshelves which she herself built. Her library included poetry, books on the sea, and an extensive collection of books on publishing, bookselling, and the history and art of the book. 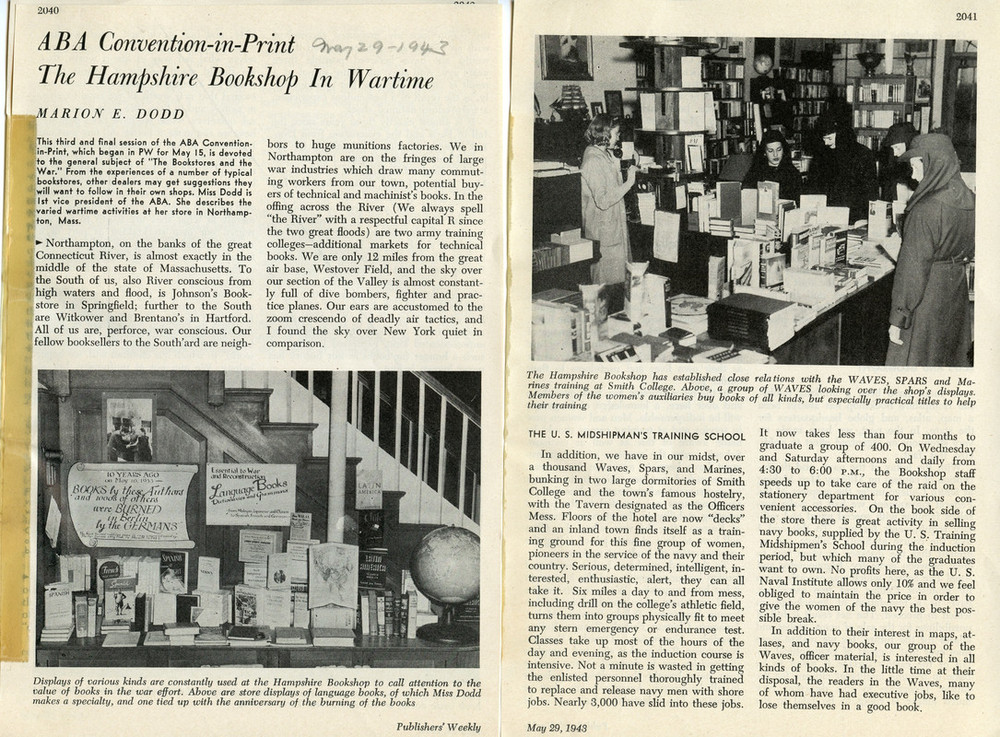 “The Hampshire Bookshop in Wartime” (1943) presents the activities of the Bookshop as a model for action by other bookstores. Dodd explains that Northampton is near to an Air Force base in Westover, and that WAVES and other groups lived and trained at Smith College. In addition to its regular selections, the Bookshop offered books pertinent to their training. The Bookshop also partnered with Smith College and the City of Northampton in sponsored War Bond rallies during WWII. Dodd was 1st vice-president of the American Bookseller’s Association when she wrote this article.