Mary Byers Smith as a Writer 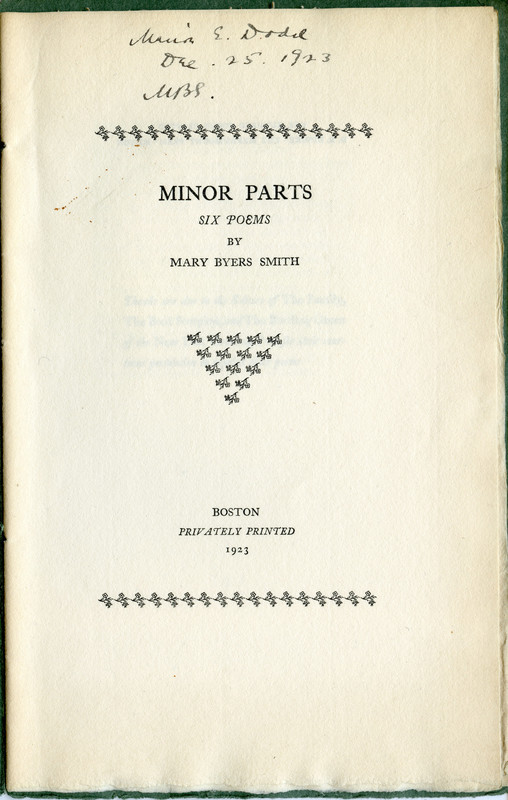 Mary Byers Smith was a writer, and a limited edition of her Minor Parts: Six Poems was privately printed in 1923 in Boston by the notable Merrymount Press. The Mortimer Rare Book Room has two copies, both inscribed by M.B.S. on December 25, 1923. The copy for Marion E. Dodd was accompanied by a signed typescript of the final poem, “Tramping Blankets.” A copy presented to Louisa S. Cheever, Smith College class of 1890, contained the signed typescript of an unpublished poem, “Hunters’ Moon,”  with a handwritten heading “For your private eye.” 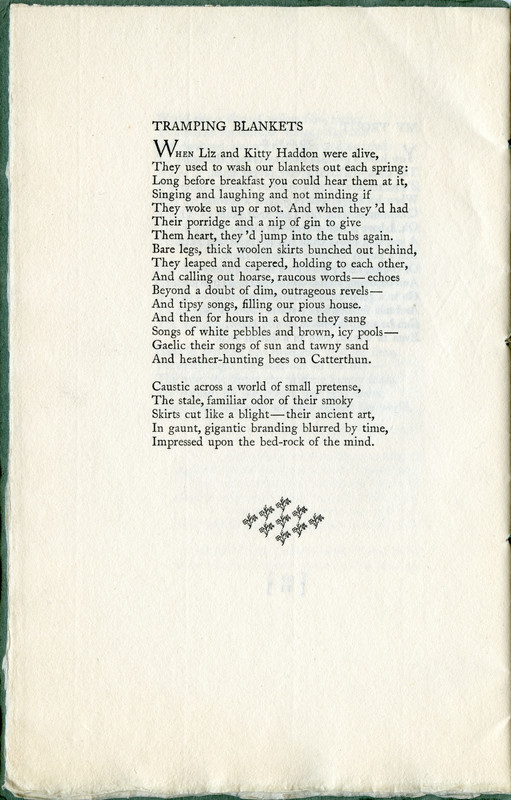 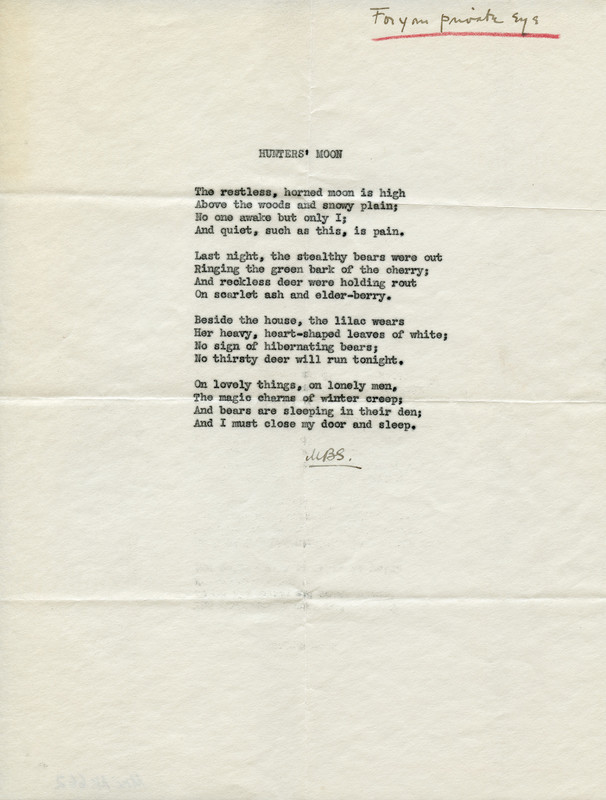 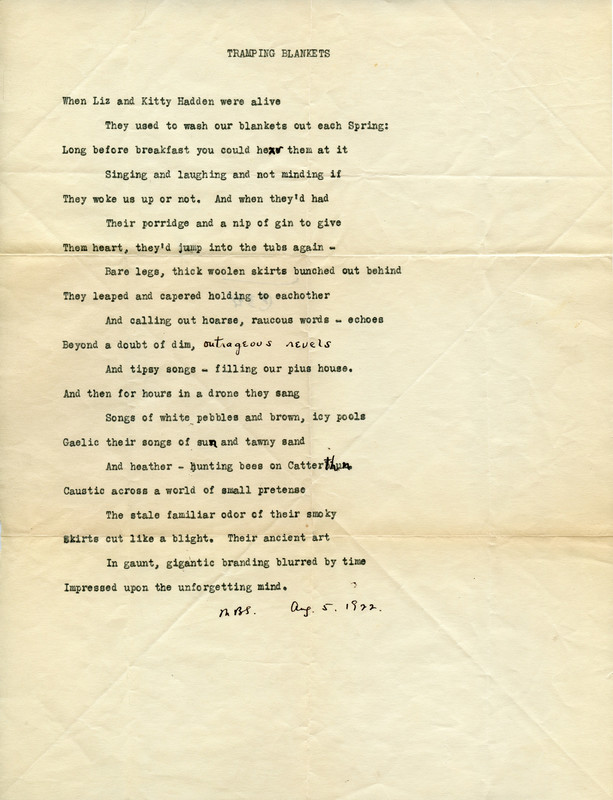 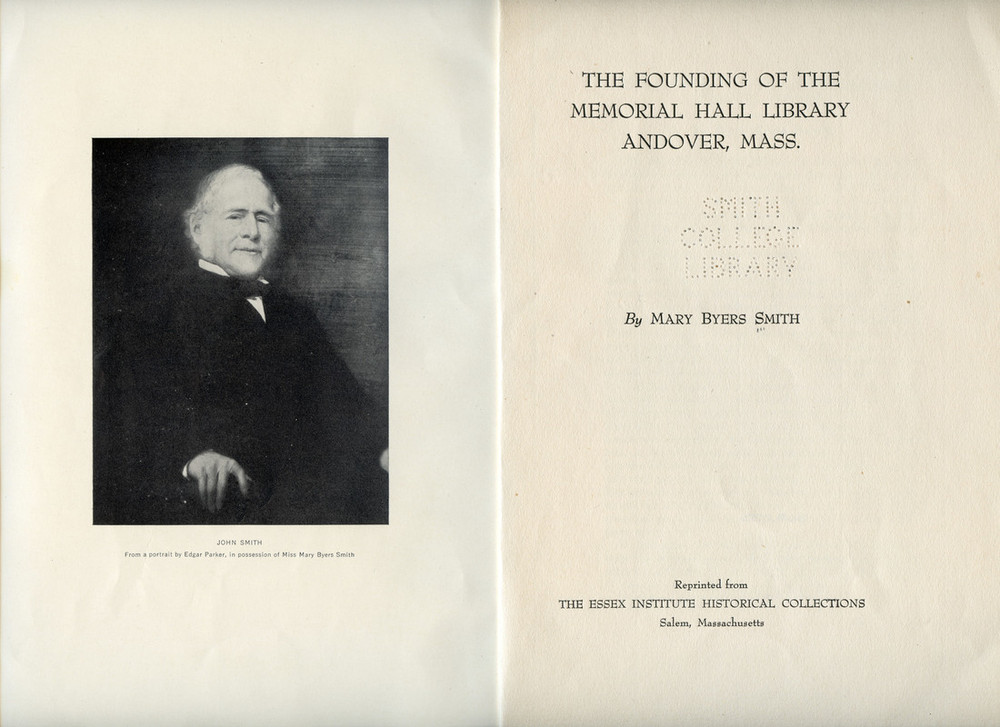 A 1943 pamphlet contains Mary Byer Smith’s brief history of the founding of Memorial Hall Library in Andover, established by her grandfather and a group of prominent civic leaders less than a decade after the Civil War in 1872.