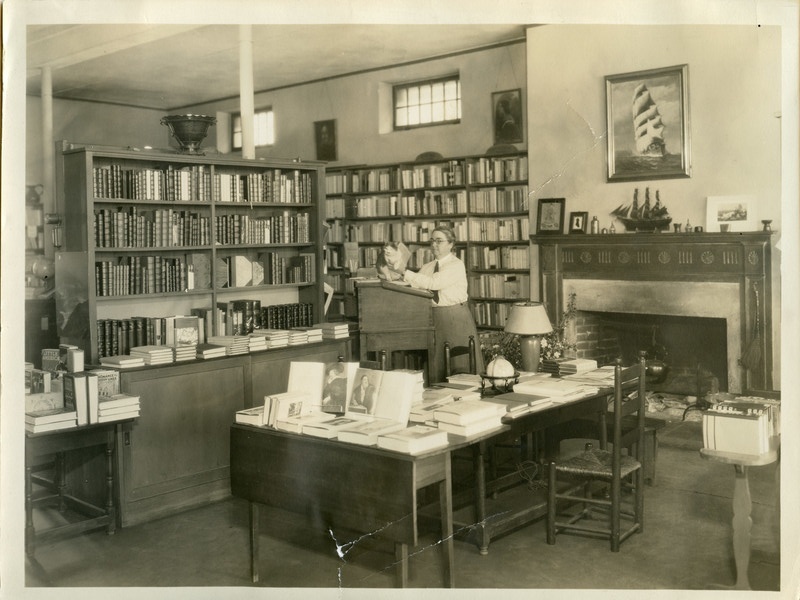 Marion E. Dodd in The Hampshire Bookshop with Folio the cat, 1931

The story of how Folio the cat came to reside at The Hampshire Bookshop was related by Marion Dodd in the December 1929 issue of the Bookshop's newsletter, the Book Scorpion. Dodd started her column titled "Mouse Expense" with this sentiment: "It has always been our ambition to have a comfortable furry cat lying about on the chairs and counters or in the windows." The Bookshop staff made several attempts to entice and keep cats in residence. Their auditor said that businesses often called outlays for keeping a cat "Mouse Expense," so they felt this was a necessary and legitimate business expenditure. Dodd related that years past and "there appeared our our doorstep last Fall, a very dirty gray and white cat, who looked experienced in Alley Life and who ... stalked in and went directly to the basement. There .. offered hospitality in the shape of warmth and food and many promises of rats and mice if she would stay. She was christened Folio and lies curled up under a Tavern table, a roof of good literature over her head, and we have reason to believe that she romps with the mice at night. ... at last, we have a cat curled in comfort on our premises. Sought out, we were, and adopted. What greater honor? O welcome Mouse Expense!" 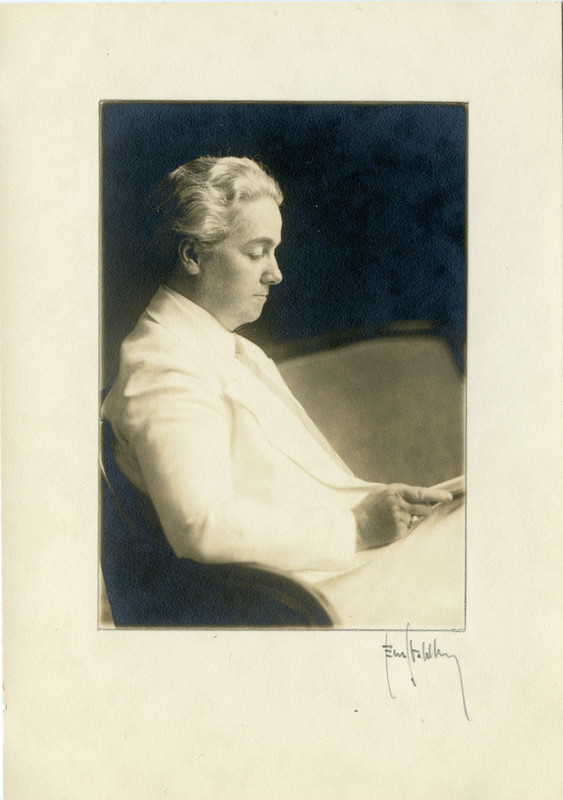 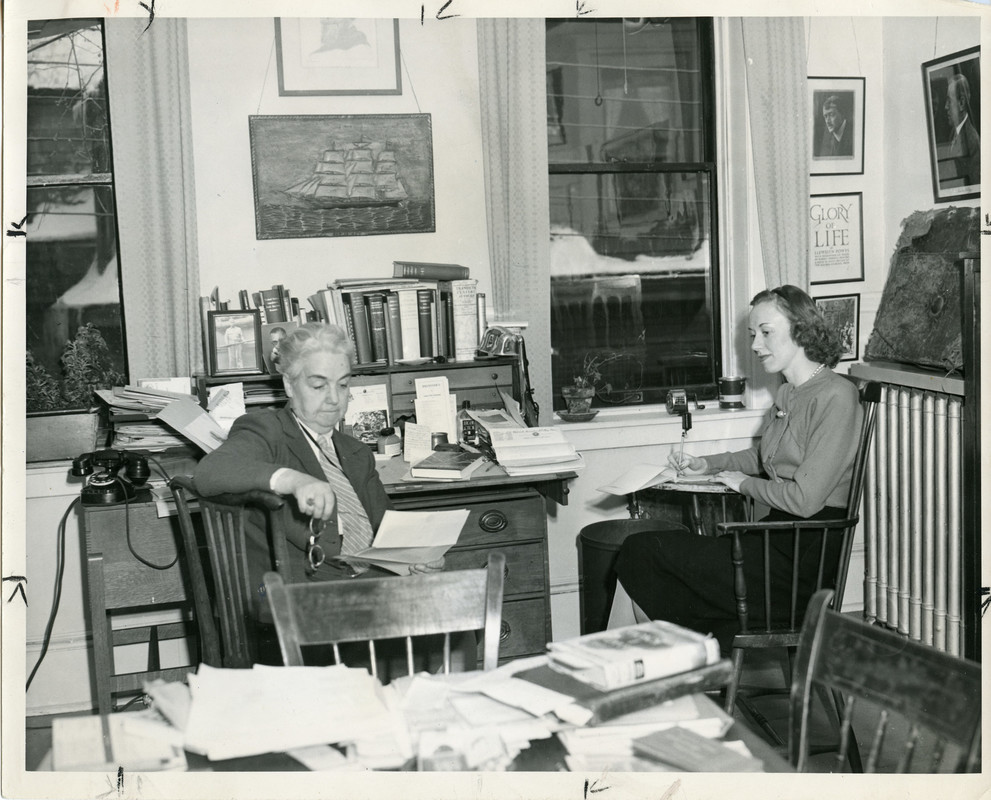 Marion E. Dodd with her secretary, Peg Carnel, in her 2nd-floor office at 8 Crafts Avenue in Northampton, MA, circa 1945 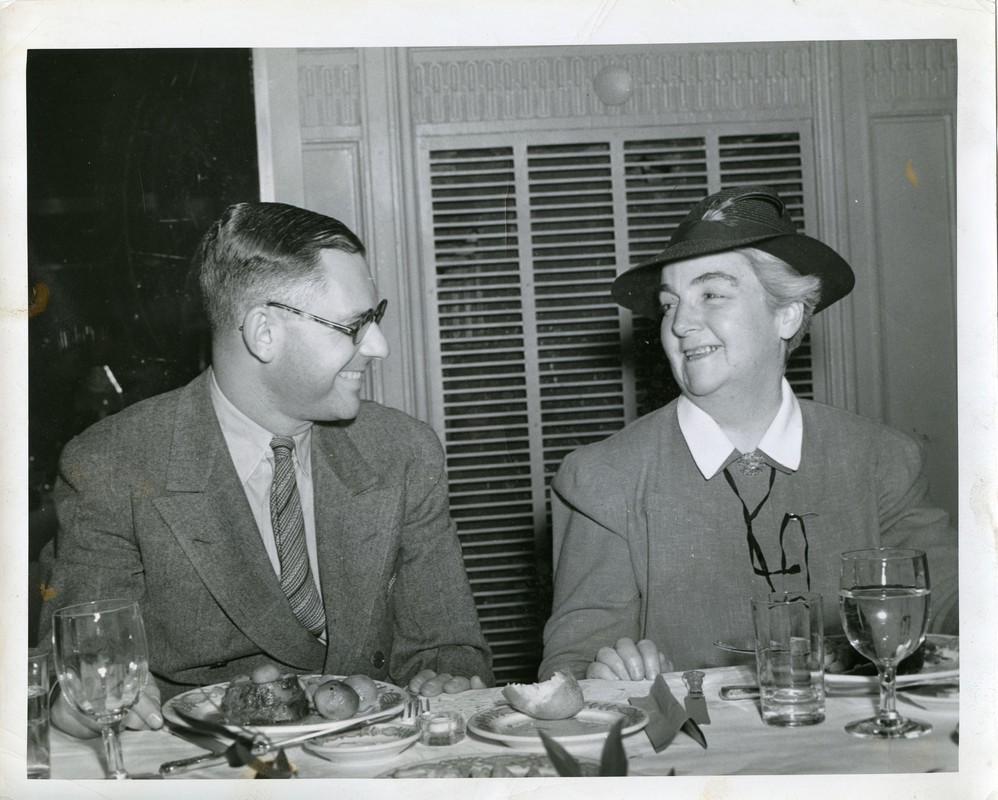 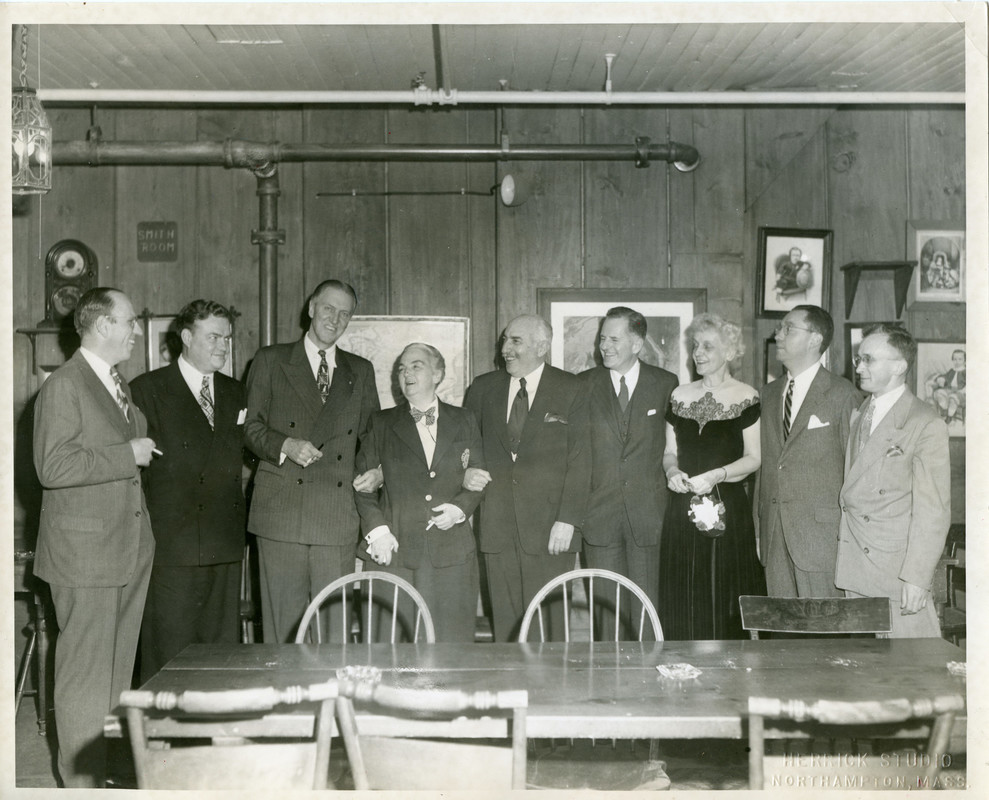