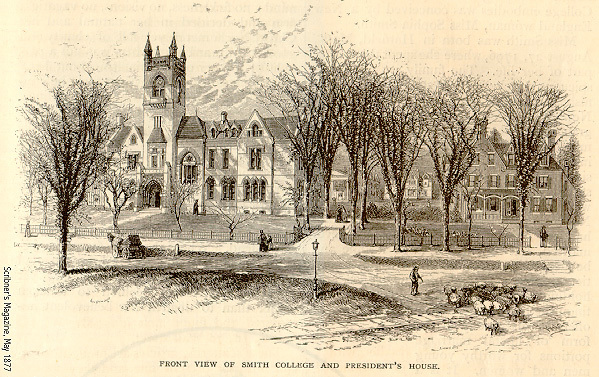 For help with her decision for the disposition of her fortune, Sophia Smith turned to her pastor, John Morton Greene, as well as other advisors. Among the options considered were bequests to Amherst College (Rev. Greene's alma mater) and to the nearby Mount Holyoke Female Seminary, which had been educating young women since 1837.

Initially, Sophia settled on a variety of projects, including a school for the deaf -- a logical choice in light of her own struggles with impaired hearing. Smith College may, at least in part, owe its very existence to the fact that John Clarke died before she did, endowing a school for the deaf (today the acclaimed Clarke School in Northampton) and prompting Sophia to abandon her plan.

The "Last Will and Testament of Miss Sophia Smith" was not completed until March of 1870, only three months before she died but nine years (and many revisions) after first meeting about the matter with John Greene. This final version supported "the establishment and maintenance of an Institution for the higher education of young women, with the design to furnish for my own sex means and facilities for the education equal to those which are afforded now in our Colleges to young men."

The will also made three gifts to religious societies and eighteen female relatives, and it provided for the establishment of the Smith Academy in Hatfield for the education of both sexes, requiring, too, that "the number of female teachers shall be equal or one less than that of the male teachers" and that the female teachers must have a voice in the management of the School..."

When Sophia Smith died in June 1870, her obituary appeared in the same issue of the Hampshire Gazette and Northampton Courier that announced the death of Charles Dickens and the first annual meeting of the Women's Suffrage Committee of Hampshire County. Her estate was larger than people had thought.

"Then I told her if I had anything to do with the matter she must first settle it in her mind that she herself was responsible for the disposition of the property. God had allowed her brother Austin to accumulate it, but evidently He appointed her as the one to determine the uses to which it should be put." 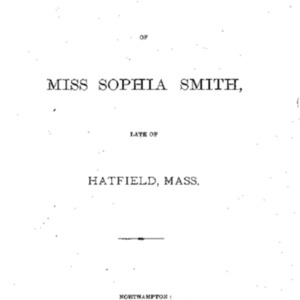 Last Will and Testament of Sophia Smith, p.1 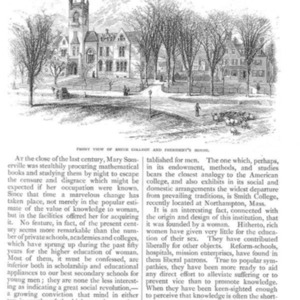 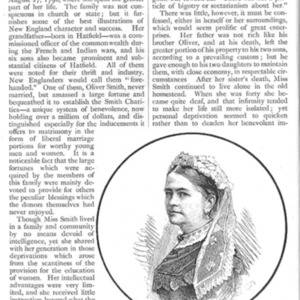 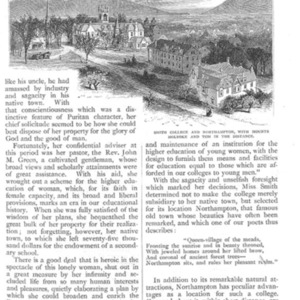 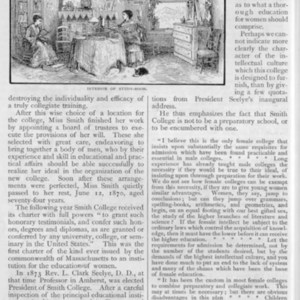 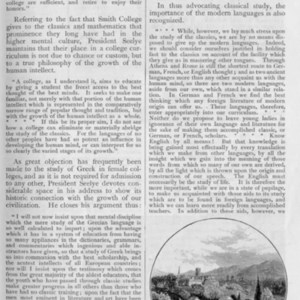 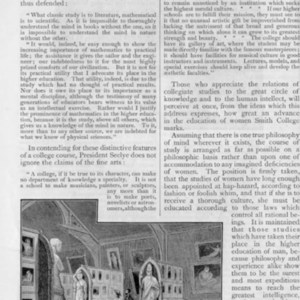 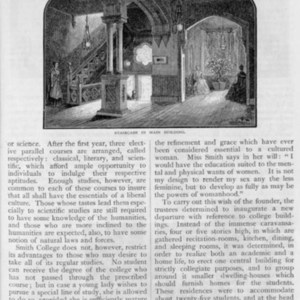 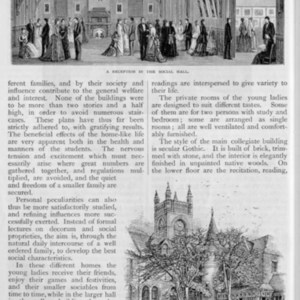 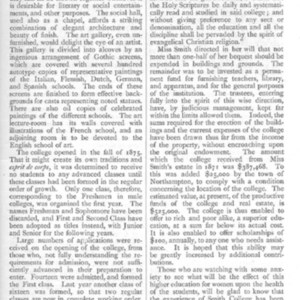 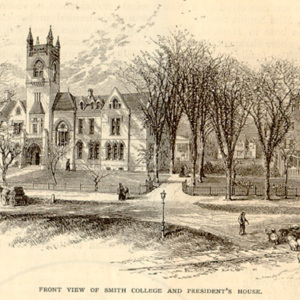 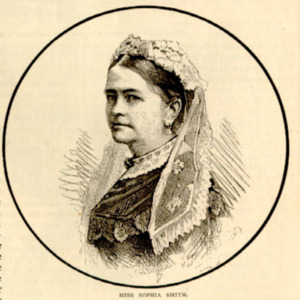 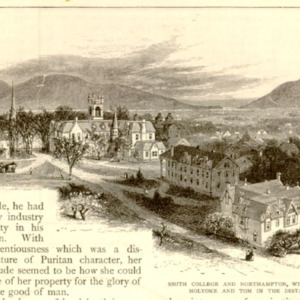 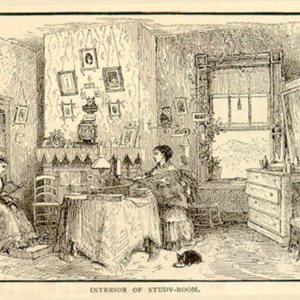 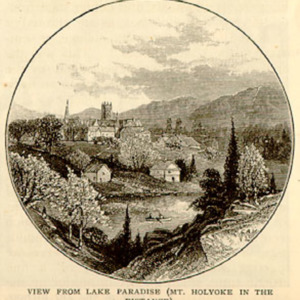 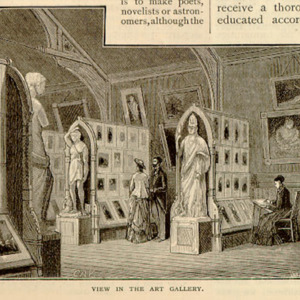 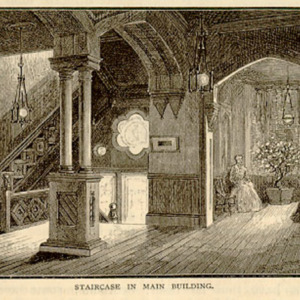 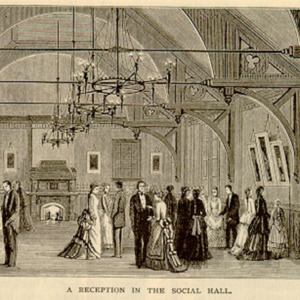 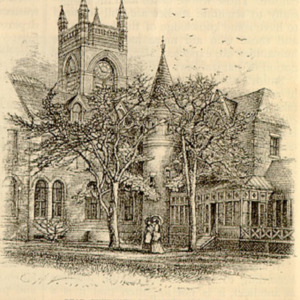