The Question of Location 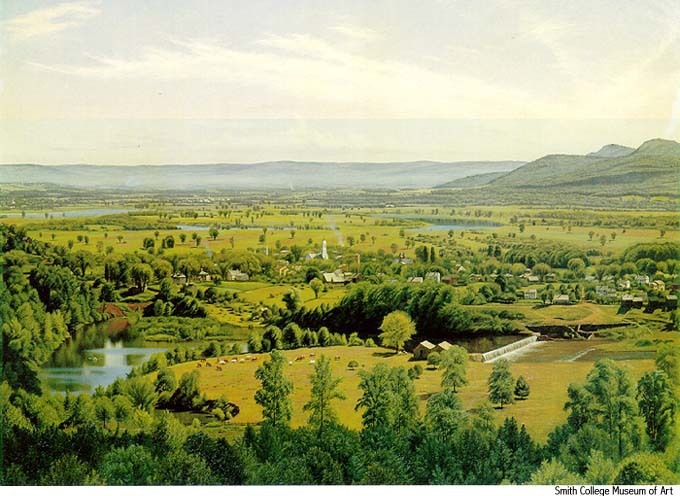 As originally conceived in an 1868 version of her will, the college was to be located "on or near Main Street" in Sophia Smith's hometown of Hatfield. However, John M. Greene and other "friends of the college" felt this would be a disastrous mistake. Some advocated situating it in larger cities such as Worcester or Springfield; others believed the location should be determined by the board of trustees -- in which case, Sophia Smith feared, the "Amherst professors" on the board would manage to make her college an adjunct of either Amherst College or Mount Holyoke Seminary. John M. Greene, seeking compromise, set about in February of 1869 to secure Northampton for the site, and wrote a series of letters to Sophia Smith proposing the change.

Smith College was chartered in 1871 and opened in 1875. While most would agree that the college embodies the values and vision inherent in its earliest blueprint, some scholars question whether Sophia Smith herself conceived this pathbreaking plan or whether she merely endorsed an idea proposed by Reverend Greene. The wording of the will may likewise be Sophia's own -- or may not be. And while Sophia Smith has been described as yielding and submissive, there is evidence that her interest in women and their academic aspirations was genuine and longstanding.

John M. Greene outlived his parishioner by fifty years and recorded the history of the development of the college as he remembered it. The trustees appointed in Sophia's will, including Greene, and the president they hired, L. Clark Seelye, built the college using Sophia's vision as its foundation, and the new institution grew rapidly to be one of the largest and most respected colleges for women in the world.

"It ought to be stated here that Smith College is not to be a rival to Mount Holyoke Seminary or in any way unfriendly to it. It purposes to open a course of study upon which such of the graduates of Mount Holyoke, Bradford, &c., as choose can enter and proceed much further than women have been able to pursue their studies in any institution in our country. It is no more an antagonist of Mount Holyoke Seminary than Harvard College is to Phillips Academy, or our High school."

On November 22, 1869, after meetings with advisers concerning the location of her college, Sophia Smith ordered that her will be rewritten specifying that the college be located not in Hatfield, but in Northampton -- provided that the citizens of Northampton raise $25,000. This new will was executed on April 12, 1870.

The citizens of Hatfield, who generally felt that their community was healthy and pleasant and that Northampton had already taken enough of Hatfield's money, were justifiably upset by the revelation as can be seen in the following quotations:

It must be conceded by all, that in the establishment and endowment of this college, the testatrix was most fortunate in the selection of the object of her benevolence. It strikes the public mind as perhaps the most appropriate object to which she could have devoted her large estate. And as to the location, it must be as readily admitted that in that respect, also, the judgment of the donor could not have been improved upon.

The citizens of Hatfield feel very much incensed by the discovery that Miss Sophia Smith located her female college in Northampton, instead of that town, and seriously contemplate an effort to break the will, in the expectation that, if successful, her estate will be disposed of by a previous will, said to be in existence, which located the college in Hatfield .... The ground upon which it is claimed that the will can be set aside is that undue influence was used to induce Mss Smith to change the location. It is not likely that the contemplated effort, if made, would be successful, unless there is more and stronger evidence than has yet been made public.

The proximity of Northampton to Amherst will enable this women's college to derive great benefit from the cabinets of Amherst College, and the botanical garden of the Agricultural College, and receive the instruction of the able professors in those institutions, and yet give the young ladies quiet and seclusion for their own intellectual pursuits.

I think Hatfield people knew that Miss Smith had left her money for a woman's college but they hoped or expected that it would be located in Hatfield, and when the truth was known there was much excitement and considerable hard feeling, especially toward Deacon Hubbard who was a lawyer and had drawn up Miss Smith's will. Of course Hatfield people did not realize the difficulty of starting a college in a small town 2 1/2 miles from the railroad on the amount of money left. 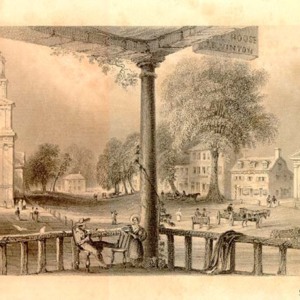