Mr. Greene describes Sophia Smith's visit to her in May of that year imploring him to advise her regarding the disposition of her newly inherited wealth. The journal describes the three plans which were ultimately proposed (a fourth plan, for the establishment of a Woman's College, had been dropped as "unfeasible"!): 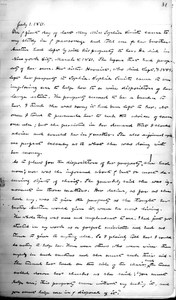 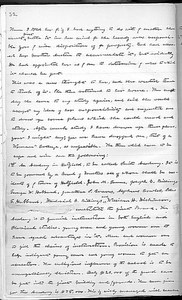 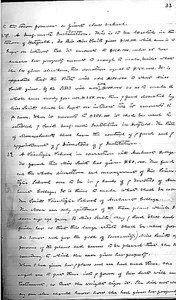 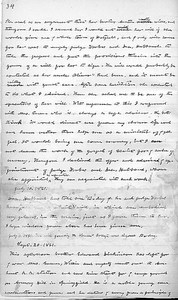 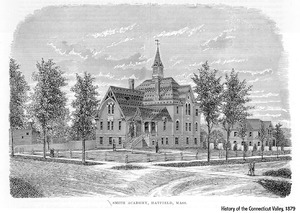